Our Staff
Our Directors
Our Dancers

The staff of IRB shares a common vision of artistic excellence for our dancers and has worked together for the past 15 years. 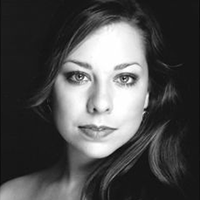 Elizabeth was born in Dubai, UAE and started her ballet training at the Royal Academy of Dance in London. After moving back to the United States, she continued her training at Ballet Center of Houston under the direction of Victoria Vittum and Gilbert Rome. At 15, she was invited to train at The Rock School of The Pennsylvania Ballet on full merit scholarship. She danced with the Pennsylvania Ballet for two seasons and was coached extensively by “Prima Ballerina Assoluta”, Violette Verdy. She then joined Miami City Ballet under the directorship of Edward Villella for ten seasons. While with MCB,  Elizabeth danced corps de ballet, solos and principal roles in works by choreographers such as George Balanchine, John Cranko, Jerome Robbins, Twyla Tharp, Paul Taylor, Anthony Tudor, Lynne Taylor-Corbett, Trey McIntyre, Marius Petipa, and August Bournonville among others. She also danced with Miami Contemporary Dance Company and taught on the faculty at Miami City Ballet School. She was appointed Children’s Ballet Mistress for Balanchine’s “The Nutcracker” from 2009-2012. During the summers, Elizabeth taught at MCBS, Ballet Center of Houston and helped run and was on the faculty at the New York State Summer School of the Arts (NYSSA) in Saratoga Springs, NY under the direction of Damian Woetzel, Jennifer Ringer and Daniel Ulbricht. Ms. Keller has been very fortunate to have had many mentors throughout her professional ballet and teaching career. Violette Verdy, Edward Villella, Nancy Raffa, Olga Kostritzky, Victoria Vittum, Ray Sullivan, Patrick Corbin, Marianna Alvarez, Rosario Suarez, Truman Finney, Carter Alexander, Roma Sosenko and Geta Constantinescu have all influenced her as a dancer, artist and teacher.

Elizabeth moved to Boise to dance with Trey McIntyre Project and toured the country with TMP for two seasons. She then joined Ballet Idaho as a principal dancer for three seasons. She has been trained in the “Dance for PD” method and has taught Dance for Parkinson’s classes all over the US and Canada. Elizabeth started the very first Dance for Parkinson’s classes in Idaho in 2014. Dance for Parkinson’s Idaho now has two classes every Monday in both Boise and Eagle, five teachers trained in the “Dance for PD” method and two musicians. This is Liz’s sixth season on faculty at EPAC and fourth season working with Idaho Regional Ballet. Ms. Keller’s first ballet created for IRB, “ Schubert Dances”, was chosen to open the 2018 Regional Dance American Festival in Spokane, WA. Liz was recently appointed Associate Artistic Director of Eagle Performing Arts Center and Artistic Director of Idaho Regional Ballet. She is excited to inspire the next generation of dancers, artists, ballet goers and performing arts supporters. 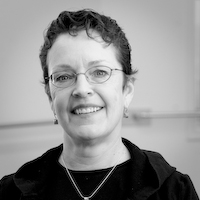 Cathy received her early ballet training in San Francisco, CA with Leona Norman and Richard Gibson. At the age of 17 she joined the Stuttgart Ballet under the late John Cranko. She rose to the rank of soloist while touring throughout the world.

She also danced with the Ballet de Caracas under the artistic directorship of Vicente Nebrada and the Zurich Ballet. She worked with choreographers George Balanchine, John Cranko, Kenneth MacMillan, Jiri Kylian, Margo Sappington and Vicente Nebrada while appearing in theatres throughout the world including New York’s Lincoln Center, the Paris Opera, the Kennedy Center in Washington D.C., Covent Garden in London and Moscow’s Bolshoi Theater.

She met her husband, Jeff Giese while both were dancing in Zurich, Switzerland. Cathy has been teaching ballet for the past 25 years in both private and public institutions. 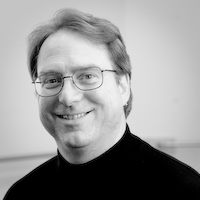 Jeff was born in Gooding, Idaho and received his early training in Fort Worth, Texas at the Texas Christian University Preparatory Ballet School. At 15 he received a Ford Foundation Scholarship to study at School of American Ballet in New York City. Jeff joined Houston Ballet at the age of 19 touring throughout the U.S. and Europe.

He also danced with the Zurich Ballet, Hartford Ballet, Dallas Ballet and was a founding member of BalletMet in Columbus, Ohio. Jeff has taught throughout the U.S. for the past 20 years including Southern Methodist University, Texas Women's University and Dallas Arts Magnet.

Studying dance both nationally and internationally from a young age, Lydia graduated with an AA in Dance Performance at New World School of the Arts (Miami, FL) training in R.A.D, Balanchine, Graham, Horton, and Limón techniques where she performed works by Micheal Utoff and Freddick Bratcher.  She went on to pursue her BFA at Arizona State University focusing on the works of José Limón, under the direction of Nina Watt, dancing soloist roles in Missa Brevis, Mazurkas, and Dances for Isadora. Furthering her studies, Lydia joined the San Francisco Conservatory of Dance under the direction of Summer Lee Rhatigan where she danced in the reconstructions of Robert Moses’ The Supplicant, Netherlands Dance Theatre’s Fallen Angels, along with contemporary works by Alex Ketley, Christian Burns, and former Batsheva Dancer Bobbi Jene Smith.  Since returning to Boise in 2011, Lydia founded Project Flux Dance, a nonprofit Boise-based dance company. She has choreographed over 30 professional works and collaborated with approximately 20 different organizations. Her choreography has received recognition and numerous awards nationwide. She continues to teach ballet, contemporary, jazz, and improvisation throughout the Treasure Valley. 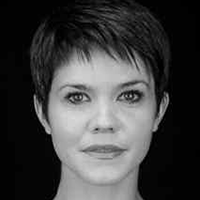 Lauren Edson, born in Boise, Idaho, began her studies at Ballet Idaho and Westside Dance Academy. She continued her formal training at North Carolina School of the Arts and The Juilliard School, under the direction of the late Benjamin Harkarvy. Her past professional experiences include: Hubbard Street Dance Chicago, Ballet Idaho and Idaho Dance Theatre. She was recently a celebrated dancer with Trey McIntyre Project located in Boise, Idaho.

As a choreographer, she has won several awards, fellowships and been commissioned by numerous companies and Universities throughout the nation. Her original choreography has appeared at Jacob’s Pillow’s Inside/Out Series, Ailey Citigroup Theatre, Peridance Capezio Center, Conduit, The Kennedy Center, On the Boards Seattle, Dance New Amsterdam and The McCallum Theatre. In 2012, she established lauren edson + dancers and within two years time the project won both the Grand Prize Award and Paid Engagement Award at the McCallum Theatres’ prestigious Dance Under the Stars Choreography Competition in Palm Desert. In 2013, the project took a national tour to Texas, Michigan, New York and California by raising $15,000 via Kickstarter. The same year the project was commissioned by Dance Gallery Festival and Grand Valley State University to create an original work to be premiered in Grand Rapids, Michigan and New York City. 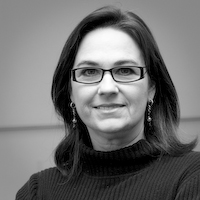 Lisa was born in Birmingham, Alabama, where she received her first training from Stevan and Melanie Grebel. Lisa was a Harkness trainee with David Howard before joining Stars of American Ballet and the Bavarian National Ballet in Munich.

During her career as a dancer in Europe and the United States, she worked with renowned artists such as Frederic Franklin, William Forsythe, Jiri Kylian, Lynn Seymour, John Neumeier, and Edward Caton. Lisa has devoted the past twenty years of her teaching career to students and professionals in the Northwest.

Lisa has set IRB’s charming production of The Nutcracker, a full length adaptation of the children's classic Charlotte’s Web and recently Decoupage, Am Schottenhof and Bending Blue. 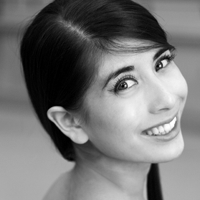 Sayoko Knode is a freelance choreographer and dance artist from Seattle, WA.    She currently performs with LED, a collaborative contemporary dance company based in Boise.  Sayoko received the majority of her classical ballet training from the Pacific Northwest Ballet School and earned a BFA and MFA in performance, teaching, and choreography from the University of Utah’s Department of Ballet.   She is the recipient of the “Outstanding Choreographer” Award for the Youth America Grand Prix competitions at Denver (2014) and San Francisco (2010).  Her choreographic commissions include works for Ballet Idaho, Ballet Arkansas, Utah Ballet, Idaho Dance Theatre, Ballet Bellevue, MOGA Conservatory of Dance, Barlow Arts Conservatory, Municipal Ballet Company, and the Seattle Symphony.

Choreographer and Faculty at BYU

Shayla Bott has taught for over 17 years in private studios and in the University setting, including the Ballet Department at the University of Utah, the Ballet Program at Utah Valley University and currently in the Ballet Division at Brigham Young University.  As a full-time faculty member at UVU she has been the Artistic Director of Repertory Ballet Ensemble (RBE), in addition to teaching Ballet Technique, Pointe, Music for Ballet Dancers, Ballet Pedagogy, etc. Under Ms. Bott’s direction, RBE has been accepted into full membership by Regional Dance America and she has taken the company to perform and take master classes in Washington State, Las Vegas and Montreal, Canada. As an Assistant Professor of Dance at BYU, she will continue to choreograph on Theatre Ballet and Ballet Showcase as well as teach Ballet Choreography, Ballet Pedagogy and upper-division technique courses.  She holds a Bachelors of Fine Arts in Ballet from the University of Utah with an emphasis in performance.  Also from the University of Utah, she received a Masters of Fine Arts in Ballet with an emphasis in Music for Ballet, Choreography, and Ballet Pedagogy.  Ms. Bott’s area of expertise is in the relationship between music and ballet in part due to her studies of piano accompaniment for ballet technique under Rob Wood.  Her research in this area continues to inform her teaching and choreography, where she passes a deep respect for musicality and its place in ballet training on to her students.  After retiring from a professional career, she has continued to choreograph and teach in professional and academic venues.  Ms. Bott’s choreography won the Professional Division of Utah Regional Ballet’s Choreography Design Project in 2008, 2010 and second place in 2012 – as well as the National Choreographic Recognition Award from Regional Dance America in Montreal in 2012.

Benjamin Griffiths is from Boise, Idaho, where he received his early training with Lisa Moon. He also studied at the School of American Ballet, where he was a 2001 Mae L. Wien Award recipient. He attended summer courses at Pacific Northwest Ballet School and San Francisco Ballet School. After dancing with Boston Ballet, he joined Pacific Northwest Ballet as a member of the corps de ballet in 2005 and was promoted to soloist in 2008.Mr. Griffiths is a 2003 Princess Grace Award recipient.